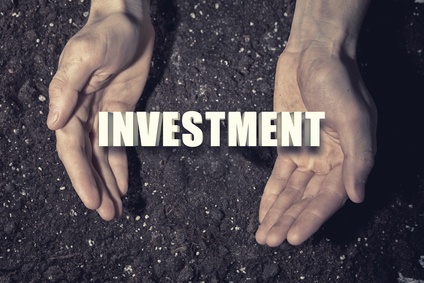 It looks very much as if MIFID II is happening, and that it will cover all the sell-side and almost all the buy-side. We will see the delegated acts paper this month and it’s possible that credit will tie itself under a sheep and get past the cyclops. But it’s not likely. It’s possible that there will be a soft start and the regulators won’t mind if you’re not compliant for the first half of 2017. But it’s not likely. Remember that the FSA were trying to get a similar regime launched before MiFID even addressed the issue. It’s happening, people.

With research payment accounts outlined in some detail, we already have a good idea of what the new world will be like for the sell-side. It will involve going to buy-side clients, in competition with other sell-side shops, and suggesting why they should use Research Payment Account budgets, or money from their own P&L on you.

Note – our conversations with asset managers are clear that there will be a substitution towards internal research resources and away from expenditure on the sell-side. We’ll deal with this in another blog (drop us a line if you can’t wait). For this note, we’ll deal with how to win sell-side research market share, regardless of how big the cake is.

A sell-side team’s regular clients will no doubt entertain propositions. In order to reach beyond core clients, sell-side teams are going to have to master marketing in a new way. Words like “marketing automation” and “middle funnel collateral” are dividing researchers into two camps. We’ll look at this in detail in another blog (again, call if you want our ideas early).

Back to sales of research. Any sell-side research team’s proposition will, broadly, have two elements:

This is all familiar and would be quite fun if it were a conversation of researcher-researcher. But that’s not how this plays out. Asset managers will go with a clutch of these spiffing proposals to the people that the regulator is trying to protect – the end investor. But, hold on, to a great degree in the UK but also in other markets to some extent, the fund allocation consultants will stand between the research proposal and its approver. The chain grows.

It is the end users who will make the decisions, and they will rarely be City natives. With every step away from Bank tube station; with every pace down the Esplanade de la Défense towards the old arch; with each stride down Mainzer Landstrasse away from the old opera, the proposition is not going to the old friends and colleagues of the sell-side. People who don’t own Oyster cards will have a determining say. Treasurers of company pension funds in parts of France that used to be English will have their say. Hipsters in Berlin may well get involved, heaven forfend.

That qualitative stuff in the research proposal will not be as strong a selling point as the quantitative, partly because the ultimate decision makers may not be City natives. The one exception is if your researchers are famous. Get them in the papers. Make them wear funny bow ties and get them on TV. Make CFOs mention them by name on earnings calls. Hyper reality is your friend.

There is some great stuff on the necessity of fame and its high rewards in the excellent “Plutocrats” by Chyristia Freeland. To summarise, famous elites have become increasingly important over the last 150 years, and they are expensive.

So, sell-side houses will need to spend on famous elite analysts as well as competing in the easily demonstrable quantitative aspects of their proposal (bodies, coverage, heft). If that equation is to be solved, the leverage can only be on expenditure on junior and mid-level analysts. They had better be good though – not data people but actual analysts. The only route is low-cost, high-quality, proper City analysts…