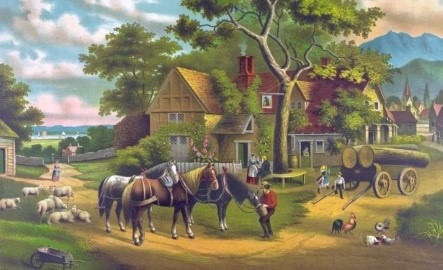 When introducing or upgrading an augmented research team, banks, asset managers and risk managers often hope that their home centre teams will automatically work out how to collaborate with these resources. In our experience of carrying out this integration since 2005, we have found that this is never in fact the case.

Augmentation can happen offshore, in a city in your home country, or even with analysts who sit next to you.  The value addition of resources on offer to capital markets and risk management through augmentation has historically been at the low end. This is now changing.

Imagine a situation where you have trained a great group of young analysts offsite. Half are in Bangalore and half are in Birmingham. The recruitment went beautifully. The three-month training course was an intense experience but, as always, the graduates are desk ready and share your vision. This golden generation arrives for work. Are your managers onshore both willing to work with them? What if this is not the case? (In other blogs, we look at how you can upskill your home centre managers to work with analysts offsite).

There are only two ways to make onshore managers engage with offshore resources: carrots or sticks. The stick – essentially ‘do this or else’ – is not compatible with the innovative, flexible culture that modern risk management and trading floors need. So how do you create the incentives which would lead your home centre managers proactively engaging?

There is a prominent fallacy which we should deal with first. Job security fears will not stop augmentation, nearshore or onshore, from working. Augmentation is not a threat to the jobs of home centre managers, and they are well aware of this. Home centre teams are augmented with early career analysts and are therefore in no way a substitute for a manager. (Neither are they a substitute for incumbent early career analysts. That’s a story for another blog though).

The major disincentive to home centre managers from wanting to engage with augmented analysts is quality. If there is an experience, or even just an expectation, that these analysts are weak, then resistance will be strong. When resistance in the home centre is strong, augmentation resources are not leveraged and there is no productivity gain.

Unfortunately, dissolving this resistance is more complicated than simply having good augmentation analysts. This is a point which damages even quite innovative programs. We see situations where Ferraris are offered to the home centre, but home centre managers ignore them or at most use them to plough fields.

The solution is to understand your home centre managers as an internal market, and the adoption of upgrading of augmentation as a sale of innovation. Using the classic model:

Each segment has the potential to engage with augmentation, but will likely do so in sequence. Fear not though – in practice it’s not as daunting as it might appear.

They are your managers who have an excitement for new ways of doing things. These people had smart watches years ago, and showed them off noisily to their colleagues. To get your innovators interested, something as immediate as a trip to India will do. The downside is that these people are very rare: by tradition, 3% of your onshore managers. You may have one or two in a large risk management department. There is also no guarantee either that the innovators are high performers, or sufficiently senior to be influential.

As short hand, these are more discerning than innovators, more respected and, luckily, there are a lot more of them. Again by tradition, these might be 15% of your home centre managers. In our experience, there are two ways to get the active buy-in of different groups of early adopters

Once you have early adopters onboard, the main body of your management team will see success in practice and follow.

The early majority (33% of your management team) will, in our experience, need more support than early adopters over a longer integration period. This is partly out of a greater sense of caution than we see in early adopters and the early majority. You generally can’t send the early majority to Bangalore or to Birmingham and expect them to sell a vision unless you offer support. They will need coaching, as will their augmented team, and the effort to keep communication strong will need to be ongoing.  There are structures and practices which facilitate this. For example, if managers are involved in the recruitment of augmentation analysts they have a greater sense of ownership for the analysts’ development.
And what of the late majority and laggards?  The three categories that we’ve already discussed in the internal market for augmentation make up 50% of your management team. That puts immense pressure on late adopters to look seriously at what is going on. We find that for many of the later majority, time and even greater prior proof and support for integration produce engagement in the end.

The key for laggards depends on your management style and whether you require total adoption. In an industry where ideas are key and services to clients are high touch, we don’t think it makes sense to brow-beat laggards or late majority managers into using augmentation before they are ready. If these categories decide to firmly resist augmentation, despite that being divergent from the goals of the organisation, work around them if you can.

This is part of a series of blogs looking at the management of augmented teams. We focus on the home centre, managers offsite and thirdly the interaction between the two.

If you’d like to know more about how to navigate the home front when introducing or upgrading augmentation, do get in touch.  You might even want to look out for our forthcoming free masterclass on this very topic.